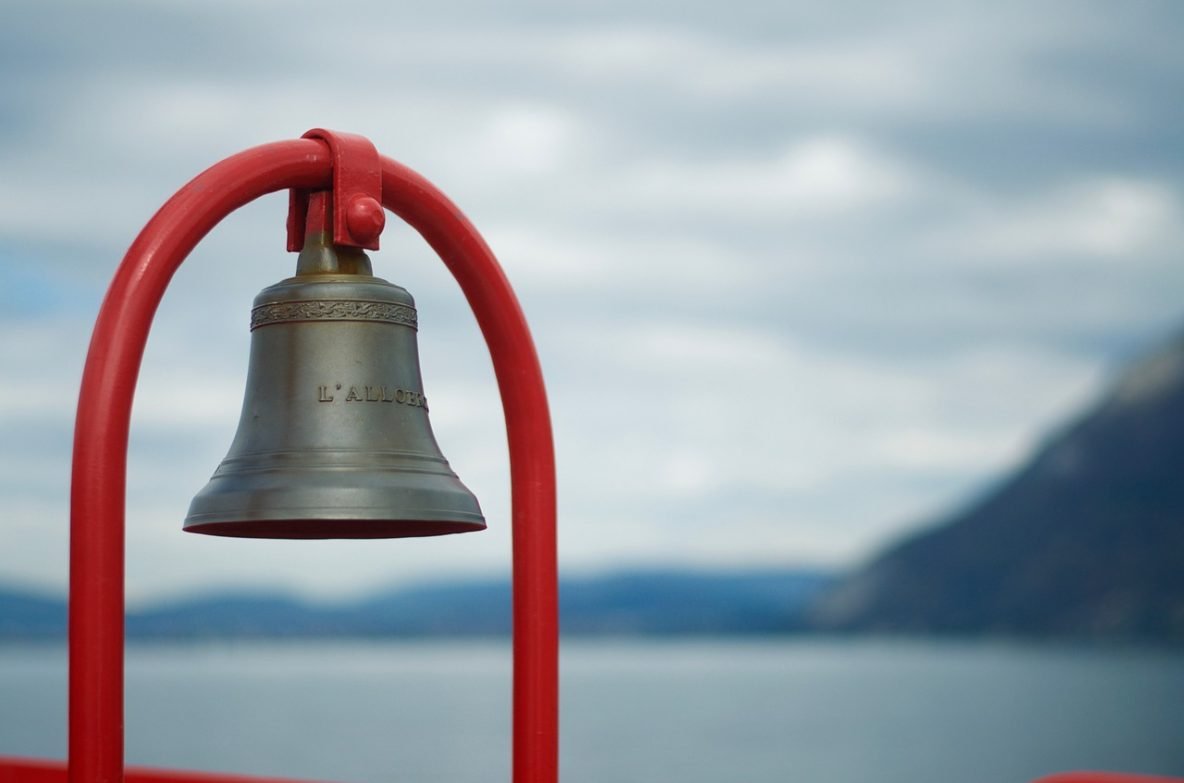 “Ew, Mom, what are you doing?” I stand naked in the hallway holding up my bath towel with both arms as high as I can reach, while my teenage daughter wants to stop me from exposing myself to the neighbors, SUNY students likely still asleep or in a stupor and at any rate unable to see into our apartment. It’s 8 AM. Forty minutes after she has shaken me awake with the words, “the fire alarm is on, what should we do?”

In the apartment building we live in, smoke detectors go off every few months because somebody burns their food, bakes cookies in the toaster oven (us!) or takes a long, steamy shower. “I’m doing nothing”, I reply, not about to enter the hall to blaring sirens and freeze in the cold air outside with the neighbors who barely talk to us. This doesn’t satisfy my daughter whose instinct tells her to take her valuables and make for the door while there’s still time. But she doesn’t want to go alone. “What do we do?”, she exclaims on repeat. I agree it’s a good time to assess what our most prized possessions are, just in case, and we make a pile in the living room. Computers, phones, her journals and my healing arts notes. I add our four passports.  “Put it in a bag”, I suggest, before I grumpily get dressed since taking a shower which is what I really want to do seems like pushing my luck. It takes a while for the fire trucks to arrive. Firemen troop into the hallway below ours and turn off the alarm. I’m relieved it wasn’t us who caused it this time.

Now there’s just enough time before work to take a shower after all, shake off my Benadryl-induced grogginess. When I turn off the faucet, as if on cue, my daughter yells from the kitchen, “Mom, I’ve burnt the oatmeal! What do I do? I told you I can’t cook!” I stumble out of the shower but my practiced girl has the situation under control, opened the balcony doors where she’s put the blackened pot and turned on the fan. It does smell quite burnt in the apartment which is why I’m now standing naked in the hall trying to keep smoke from reaching the detector that is connected to the building alarm and – were it to go off – would bring the fire brigade right back.

“Here, you hold this up, high as you can.” I disappear into the bathroom. “What do you want me to do, just stand here?” “Yes”, I reply.

To be fair she’s probably slept less than I have, despite my 3 AM “Utube, meet Benadryl” date. She has spent the better part of two days sobbing because her phone won’t turn on. When using a canvas bag to carry her iPhone and a glass water bottle (my teen’s environmentally conscious choice) to Driver’s Ed the bottle cracked and flooded the bag. The thought that every single text exchange with her summer sweetheart has been lost, along with the photos she took on the island, is too much for her to handle.

Rice does not in fact help dry out phones, we learned at the repair store. They didn’t give us much hope since my daughter was not in the habit of backing up her phone. Synching it with iTunes would likely create a clean slate. Was it my fault because I’d tried charging the phone too early?  Was it because she’d been at her dad’s house after she and I had an argument? Would I have reminded her to put the phone in a different compartment? I cycle through all the what ifs, in the belief that I am in control of a situation that has probably been out of my hands for many years, the magical thinking of sparing my daughter pain.

We call Apple support three times. In the end, a supervisor is able to start the process of restoring her phone, including texts and photos. My daughter sits by the computer and phone for hours that night, nervously waiting for downloads to finish.

It is morning now and with the recent fires put out, her 9 AM doctor’s appointment imminent. I’m forced to deal with something I have been dreading and deliberating about all week.  A double round of state-mandated vaccinations, in both arms this time, just a couple of days after another combined injection. I am furious about a situation we are forced into if she wants to continue her junior year at the public high school. She has already missed six days due to a cold picked up in the middle of her catch-up schedule and the resultant non-compliant status that bars her from attending school. For once my child wants to go to school.

And yet my instinct these past weeks has been telling me that it is all too much, too quickly. I have spoken up at school board meetings, sent letters to Albany, seen my name in the local newspaper and stepped way out of my comfort zone. I was about ready to collapse under the combined strain of protecting her, fighting the authorities, trying to coordinate with her dad and riding the emotional waves that upset my teen’s equilibrium.

Now that she’s leaving with her dad for the doctor’s to get both injections rather than spacing them out around the weekend, I don’t say a word, besides “take water, do you have a snack?”

When I call her later she says it hurt more than usual. Her arms are sore. That’s all. The phone stopped charging itself a day later but her dad in the meantime has agreed to buy her a new one. We have six more vaccinations to go in order to keep her on schedule – “in status” as the Department of Homeland Security calls it when an alien enters the country.  It feels like there’s light at the end of the tunnel for the first time in many weeks. I hear the breeze blowing in the trees while the young men downstairs are blowing up stuff on their video games. A spider traverses the distance between two leaves on a string, invisible.