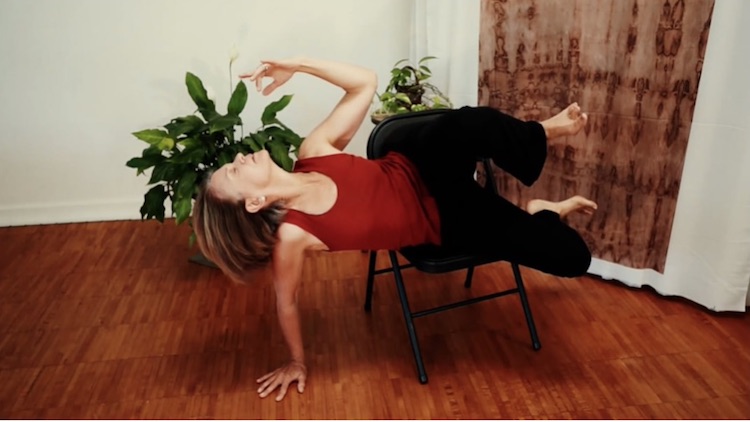 “With Continuum and creative expression I found home,” Beth Riley on the life enhancing practice of Continuum. Produced by Elaine Colandrea for Watermark Arts. (4:19 min)

When I was in graduate school and was invited to meet and see a woman who moves like water – it was at a workshop at Lone Mountain College, which later became University of San Francisco – with Emilie Conrad, I had no idea what I walked into. She was talking about movement and culture, and how movement can control people or movement can free people. And I knew that it was at that point that this was my life path, this would unfold through me in whatever way I could allow it.

There was one story when I was traveling with Emilie, which I did for many years, to New York. And she made the comment that our greatest artists, our greatest art that we know on this planet, are mere droppings in the desert compared to the biological manifestation of the art in our bodies. And that was really interesting to me.

Where is home? How does one make a home?

I started writing poetry when I was in sixth grade, and it evolved into songs, outward expression. When I started to do Continuum it became a vehicle for actually giving expression to the human experience on a much different level. When I am in my practice time, prior to writing, the sounds and feelings of the natural start to be part of my experience. So I move for about an hour and then I start to write. And whatever writing comes from my felt sense in my body then becomes the essence of the poem. When the images in the natural world start to enter the poem, it’s as if they’re alive and they are writing as much as I’m writing.

For many years the quest for home was alive. Where is home? How do you have a home? How does one make a home? What is home? Through the practice of Continuum and creative expression I found a home. I feel during these difficult times that I have something underneath that is always present, that’s allowing an expression of creativity to emerge, and how I have a conversation, how I have a delightful meal. It comes into everyday life as a poem of experience. So poetry becomes the whole way of living. It’s not a thing that goes on paper – it’s a way of living.

A Book is Born!