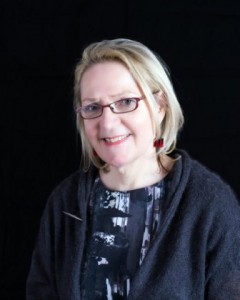 Born in Bern, Switzerland, Helen Suter was raised in Peru, Switzerland and South Africa. After attending Michaelis School of Fine Art at the University of Cape Town, where she earned an Advanced Diploma and MFA in sculpture summa cum laude, she moved to NYC. Working in fashion, she started a belt business which led to opening her first art studios. In 2001, she moved her family to a farm in the Hudson Valley where she raised her two sons. Her art has been exhibited internationally in over 80 museums, galleries, and non-art venues including nursing homes, railroad stations, former factories and a theater amongst others. Her work has been reviewed in numerous publications including The New York Times, and locally in Metroland. Currently, she lives in Hudson and teaches clay sculpture, mosaics and block printing, in the middle and high school, at Hawthorne Valley Waldorf School in Ghent, New York.

Expressing the movement of invisible, subtle energy through stationary, sculptural works has been my enduring interest over many years of working as a visual artist.

To accomplish this, I began by creating sculptural analogies in large-scale steel and mixed media constructions, drawing from the designs of electrical and magnetic functional systems. The resulting sculptural systems appeared to transmit energy. A viewer, to my surprise, described my later works as “spiritual antennas”!

Fast forward to 2006. Rendered bedridden by a wrong move, I received Elaine Colandrea’s phone number from a kind colleague. Once I was able to get to her studio, Elaine (in her wisdom) placed me in a Continuum class. There, during dives, I occasionally wondered what on earth I was doing, having had little experience of nonfunctional body movement. Gradually, as time passed, the sensation of subtle motion within my own body had a profound influence on me, both body and soul.

There has been a delicate shift in my artistic work, too. The transformation is in the use of materials and forms. Pieces are curved in shape, light-weight and free of density. They move in space in response to the flowing currents of air (see “Venus Landing, after Botticelli” and “Prima…Primavera”). In a performance installation piece, “Cut”, the work is shaped by viewers themselves. Perhaps these changes in my artworks are a response to the similar, shifting sensations in my body as cultivated by the practice of Continuum.