The Movement of Movements 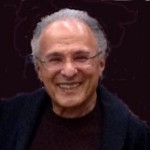 Gary David spent most of his early adult life as a professional jazz musician that culminated in a group he formed called The Sound of Feeling, an innovative vocal-instrumental group.  He met epistemologist J. Samuel Bois in 1964 and became a student, and later a teacher, at Viewpoints Institute which was started by Bois and Ethel Longstreet in Beverly Hills, CA.  He was apprenticed to Bois from 1964 to 1978, and became the editor of subsequent editions of Bois’s textbook on Epistemics titled, “The Art of Awareness.”

He taught classes in epistemics and general semantics at Viewpoints Institute, and at UCLA Extension from 1969-1975 while continuing his career as a professional musician. In 1975, he received a Ph.D. in epistemics from the Union Institute and University. In that same year, he married Emilie Conrad whom he had met in the late 1960’s. His interest in soma-significance began with working with Charlotte Selver in the early 1960’s. But he was passionately struck by the creative, aesthetic vision of Emilie’s approach to the body as a moving process of participation. At her request, he played the music for Continuum, participated in Continuum classes, and taught epistemics to her students. For more than 20 years he and Emilie shared a life, and entered a dialog that helped shape each other’s sense of purpose and commitment in general, and each other’s work in particular.

Currently, he is engaged in a private counseling practice, as well as giving annual seminars in New York City with Mary Abrams.  He calls it The Art of Learning with learning being the action by which we move presence into the world, not limited to acquiring information and skills. His work in epistemics includes a 40 year study of the biology of human emotion as a moving process through the work of Silvan Tomkins. Affect-script psychology that grew out of Tomkins’s work guides much of his participation with individuals and groups. He sees that learning with others carries the original spirit of jazz improvisation.