Unfolding the Body in Context – Continuum Movement and Esalen

The Breath of Winter (poem) 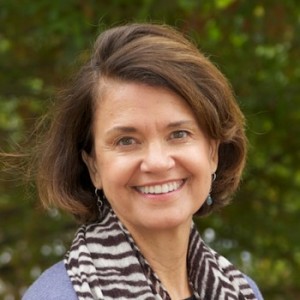 Beth Pettengill Riley M.A., is a multi-disciplinary artist: dancer, choreographer, writer and somatic educator, who arrived with a soul call: MOVE! 15 years of professional ballet training and performing later, she discovered modern with dance pioneer Hanya Holm, while completing a BA in Literature at Colorado College. In 1981, she received her Masters in Education with a Dance Specialization from Stanford.

Though dance and movement have been her main artistic expressions, she has been writing poetry and prose since she was 11. Along with Priscilla Auchincloss and Watermark Arts, Beth published her writing in A Moving Inquiry: The Art of Personal Practice, in July 2019.  She continues to dedicate her time to a daily writing in both prose and poetry inspired by her teaching and movement in the Continuum of life.

Beth served on the faculty of Cabrillo College for 19 years where she taught all levels of modern dance, choreography and creative movement. She was a performing, teaching and administering member of Tandy Beal & Co, an internationally recognized modern dance company for over 10 years.

In 1975, Beth began a passionate exploration of Yoga: origins, theory and practice. After two years at the Iyengar Institute in San Francisco, CA, she went on to become a founding member of Mt. Madonna Center where she served on the staff for more than 10 years. Baba Hari Dass continues to inspire her life and her teaching. In 2001, Beth received the Good Times award for the “Best Yoga teacher in Santa Cruz” in its annual readership poll.

Continuum awakened a deeper calling in 1978 when she met Emilie Conrad, the founder of the work. Continuum was spiritual practice, creative art, psychotherapy and fitness regime all in one. She began apprenticing with Emilie in 1986 and for 35 years has been leading classes and workshops locally, nationally and internationally. In 2001, she pioneered a graduate level course in Continuum at the Santa Barbara Graduate Institute, specializing in Somatic Psychology. It was in the educational realm that her love of writing began to take shape as she found her ability to innovate descriptions of being human through both prose and poetry.

With Continuum as the basis for her life and work, Beth has been developing dance, health and wellness programs for teens, creating fresh approaches to living with inspiration at Georgiana Bruce Kirby Preparatory School in Santa Cruz, CA for the past 8 years. She is a board member of ISMETA, International Somatic Movement Education and Therapy Association. As a Continuum teacher, Beth maintains a private practice in Santa Cruz working with individuals seeking greater freedom of movement.

Emilie’s final directive to her happened over dinner a few months before her death. The instruction was to write about Continuum.