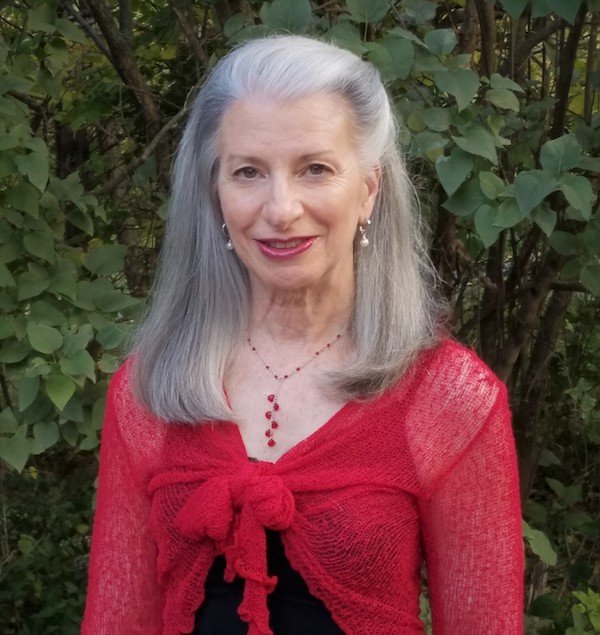 In another time and place, Elaine Colandrea would be a temple dancer. In this world, she is a dancer/choreographer, Continuum teacher, somatic educator and bodyworker. Based in the Hudson Valley of New York, Elaine also teaches in Italy and has been an invited presenter at Dharmakaya Center for Wellbeing, ISMETA, Omega Institute and Shantigar Foundation.

Elaine’s primary interests have always been the transformational aspects of moving, sounding and breathing, the connection with the natural world and a belief that artful embodiment creates a more humane society.

Other influential teachers include Susan Harper, Bonnie Bainbridge Cohen, Robert Ellis Dunn, Lenore Latimer, Irene Dowd, as well as study of numerous therapeutic exercise systems. Elaine has a M.A. in dance from Columbia University (1982) and was certified as a massage therapist by the Muscular Therapy Institute (1988.) Her clients and students as well as health challenges have also served as teachers.

Dance reviewer Linda Diamond in 2012 called Elaine, “a wizard of new dance forms.” Kate Goldsmith, Northern Dutchess News and Creative Living wrote in July 2012, “Elaine Colandrea is an alchemist and her medium is the human body.” 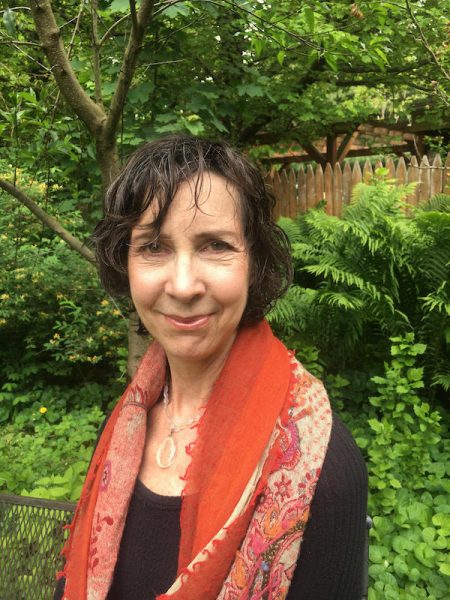 Priscilla Auchincloss has been seeking to understand how the world works for most of her life. She wanted to be a ballerina when she was little and spent her early twenties studying modern dance and ballet in New York City. Thinking that she would never master pirouettes, she focused on developing her intellect, eventually earning a Ph.D. in physics. She spent many fruitful years in academia, investigating among other things, the role of gender in the culture of science, before finding her way back to the realm of the body.

Movement provided a way for her to reclaim the more authentic, elemental and physical life she was seeking. Leaving the university, Priscilla established and ran Physikos, a studio dedicated to the art and science of movement, from 2008 to 2013. She studied Continuum with Emilie Conrad starting in 2002, becoming authorized to teach that work in 2010. Other strong influences came from Olivia Corson’s Body Tales and Augusto Boal’s Theater of the Oppressed. After the closing of her studio, she studied yoga, completing Iyengar-style yoga teacher training with Francois Raoult in 2014. She also responded to an email from Elaine asking if anyone was interested in working on an endeavor devoted to Continuum and the arts. As they say, the rest is history.

Priscilla lives in Rochester, NY, with her two children and a dog named Mousse. She continues to teach and to write about movement, as a way of both understanding the world and healing the modern soul. 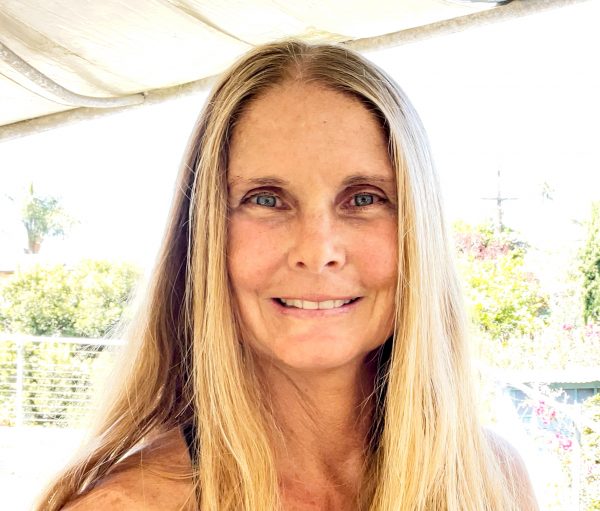 A pioneer and visionary of Women’s Surfing, Prue Jeffries spent two decades traveling the world on the Association of Surfing Professionals World Championship Tour, now known as the WSL (World Surf League). Prue has great enthusiasm for traveling the planet meeting many people, places and cultures. She is a published writer, editorial consultant, founder of a women’s clothing company, brand ambassador, event producer, and filmmaker.

Being with the ocean, nature and the creative flow of life informs Prue deeply. She has spent many years as a practitioner and guide supporting people with self-awareness and embodiment. This has been further enhanced by study with Emilie Conrad, Cynthia Lane and Biodynamic Craniosacral with Lifeshapes. She is a Craniosacral Therapist and Teacher, a Registered Somatic Movement Educator, Certified Massage Therapist and Continuum Teacher. Prue blends experiential knowledge from her affinity with nature, water, and movement with an understanding of the body from her athletic career, training in somatic and body-centered approaches with extensive life experiences and personal contemplative practices in order to support peoples wholeness, well-being and unity.

She is deeply passionate about the transformative potential of nature and art. Prue weaves her love affair with nature and time in contemplation for Surf The Flow photos, art and musings. She has an active private practice guiding and facilitating people with personal sessions, workshops, training and retreats in the healing arts known as Body of Wonder. 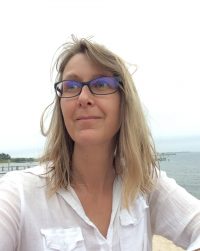 Sandra Capellaro performed in several of Elaine Colandrea’s Continuum-inspired productions and has been enriched by her classes for over a decade.  She is a writer, administrator, translator and dancer based in the Hudson Valley, where she is most brought alive by immersing herself in nature.

Besides Continuum, Sandra credits the Japanese healing art Jin Shin Jyutsu – which places similar value on our own inquiry and experience – in helping her heal from burnout and maintaining day-to-day wellbeing and peace of mind.  She has a private practice in which she offers sessions along with teaching self-help.   www.sandracapellaro.com 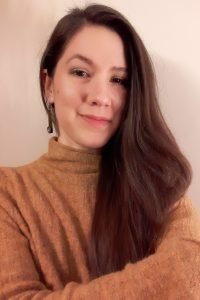 Rori Smith is a dancer, somatic movement educator, and researcher based in midcoast Maine. Rori began to study Continuum with Ellen Cohen in 2014 and is currently mentored by Elaine Colandrea. Rori’s writing Beneath the Cultural Body: Sensory Experience in Continuum Practice was shared at the 2017 Somatic Movement Immersion at Omega Institute and she had the pleasure of performing Elaine Colandrea’s choreography at the 2019 Somatic Movement Summit. Rori continues to perform and write on the themes of embodied memory, interdependence and resilience inspired by nature, culture, and Continuum. 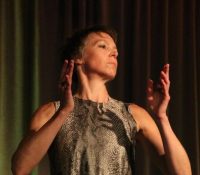 Megan Bathory-Peeler is a somanaut – a professional explorer of the body. A compassionate listener and a life-long lover of movement, consciousness, connection, communication, and self-knowledge, she is deeply integrative in her approach to supporting health holistically through embodied awareness. A born mover, Megan discovered the pleasure and power of expression through movement, dance, and performance art at an early age. Growing up in rural Western Massachusetts, Megan began to develop her choreographic voice by studying the complexities of human relationships and by being in direct relationship to the natural world. She was nurtured by a wealth of knowledge shared by many teachers in the direct modern and improvisational dance lineage.

Megan brings a deep level of commitment, passion and skill to her choreography and performance work, Continuum teaching, and her individual session work. Every aspect of Megan’s work is creative, versatile, and responsive to a true diversity of client/student needs. Interdisciplinary and curious by nature, she is a professional movement artist and choreographer with degrees from Smith College in Dance and Body-Based Systems of Communication. She is an RSMT/E through ISMETA and has been Nationally Board Certified as a Massage/Bodywork and Somatic Therapist since1993. She offers private sessions in her Western Massachusetts office, classes and workshops throughout New England, and intensive programs in Europe. 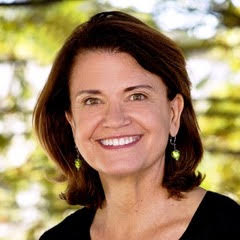 Beth Pettengill Riley is a seasoned somatic movement activist with over 40 years of experience facilitating workshops in Continuum, Ashtanga Yoga, and mindfulness meditation around the globe. A founding member of Mount Madonna Center, she has been an invited presenter at Esalen Institute, Omega Institute, Mount Madonna Center, Open Center, and the Skyros Institute in Greece. She holds a master’s degree in dance education from Stanford University.

Beth passionately engages embodiment as a spiritual path. She has offered a combination of yoga and Continuum for over 35 years in accessible and inspiring formats. With a degree in English, she interweaves poetry throughout her classes and workshops.

Her latest project, focusing on teens, is called The Embodied Generation, and is reimagining and inspiring true physical education in the 21st century. She is also president of the board of the International Somatic Movement Education and Therapy Association. 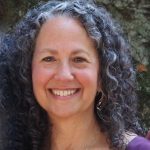 Bonnie Gintis is an Osteopathic physician, Continuum teacher, and Mindfulness instructor who lives in Vermont. She retired from private practice in 2009 and now devotes herself to teaching, writing, and exploring new ways to foster health and well-being. She is author of Engaging the Movement of Life: Exploring Health and Embodiment Through Osteopathy and Continuum, and has taught Continuum, and Osteopathy worldwide. Her innovative approach expands the possibilities for experiencing health and embodiment creatively. 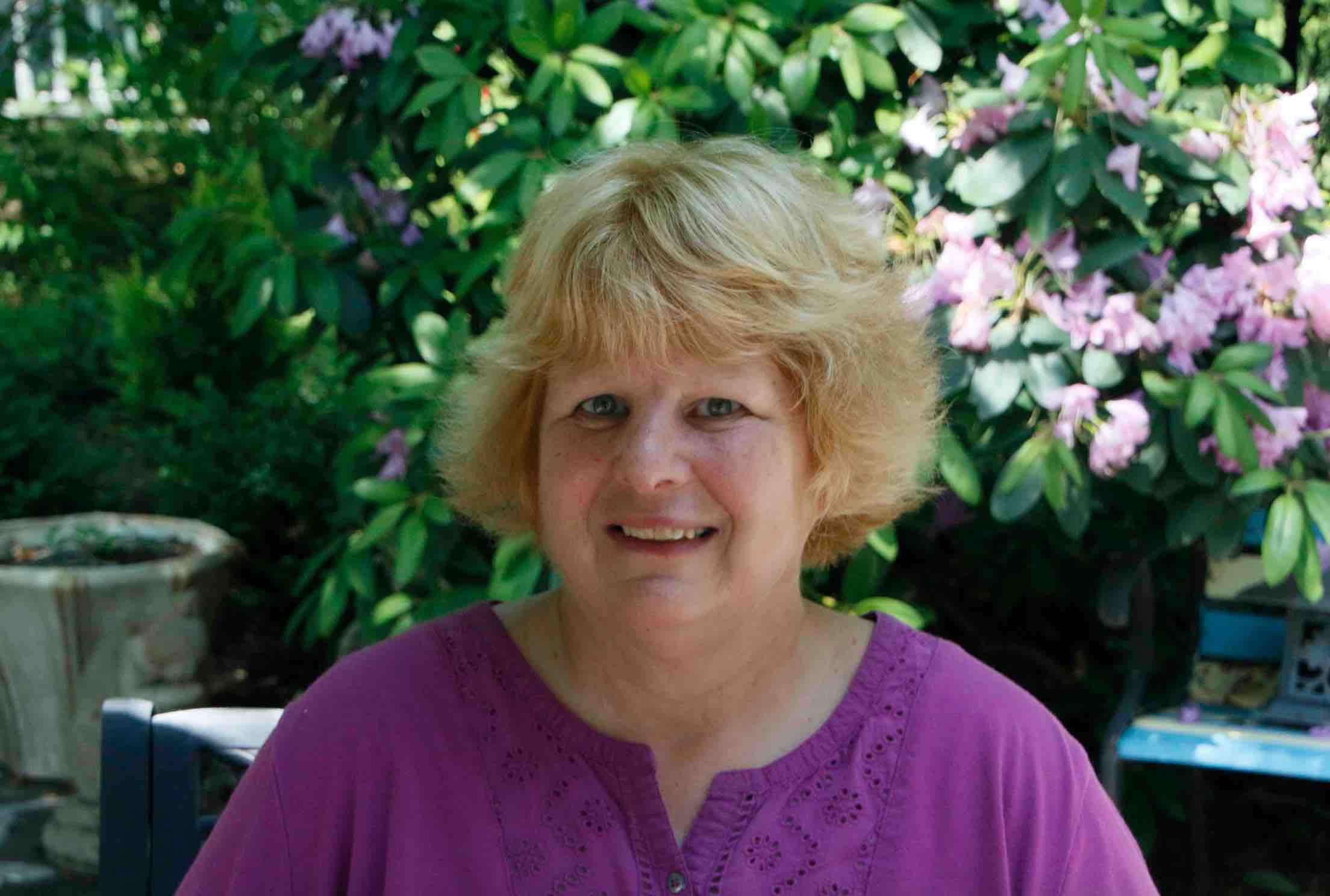 Phyllis McCabe is a professional photographer in Kingston, New York and has lived most of her life in Ulster County. Her award-winning career was launched when she won her first camera, a Kodak Brownie, at a firemen’s bazaar on a wheel of chance in Tillson when she was 8 years old.

She is presently a staff photographer for the Kingston Times newspaper. During the early 1970s, Phyllis started taking landscape photos and winning awards at local fairs and shows. Over the following years she exhibited extensively around New York State in group and one-woman shows. Her work appeared on covers of brochures, Hudson Valley magazines and guide books.

In 2001, to commemorate her hometown’s 350th anniversary, Phyllis published an 82 page photographic book, “To Kingston, With Love”, followed by “Uniquely Ulster” in 2002 and “Holiday Joy in the Hudson Valley” in 2005. Her “A China Tapestry” book published in 2007 was a compilation of four trips to China from 1999 to 2006. Over the years Phyllis’ love of travel has brought her to Europe, Canada, Mexico, China, Bhutan, Tibet and Turkey.
In 2007 Phyllis was designated Kingston’s first Photographer Laureate in recognition of her lifetime achievements and presently holds this title.

Starting in 2011, Phyllis’ interest in photographing dance of all genre begun and has brought her to NYC to the dress rehearsals of Martha Graham, Paul Taylor, David Parsons, Jacqulyn Buglisi, the Bolshoi Ballet and others. Her association with Elaine Colandrea and Continuum started around 2012 whereby she attempted to combine her landscape and travel expertise with the world of dance by treating the stage as her field by the letting the beauty, movements, colors and emotions of dance shine through.

One of Phyllis’ favorite quotes is from Maya Angelou: “Everything in the universe has rhythm. Everything dances”.